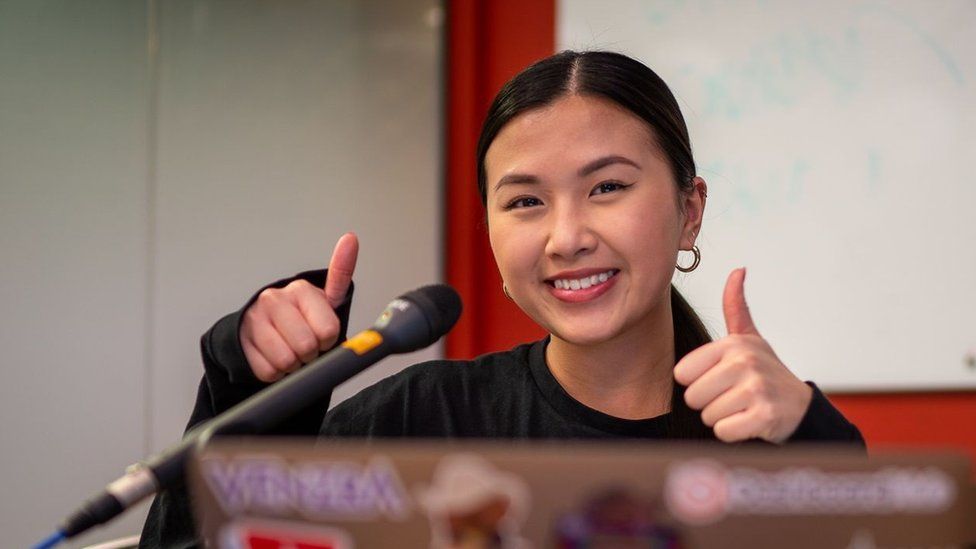 "When you start coding, it makes you feel smart in itself, like you're in the Matrix [film]," says Janine Luk, a 26 year-old software engineer who works in London.

Born in Hong Kong, she started her career in yacht marketing in the south of France but found it "a bit repetitive and superficial".

So, she started teaching herself to code after work, followed by a 15-week coding boot camp.

On the boot camp's last day, she applied for a job at cyber-security software company, Avast.

And started there a week later.

"Two and a half years later, I really think it's the best decision I ever made," she reflects.